5 keys to contributing positively to the sector

For many, there’s a culture shock in moving between the social purpose sector and the commercial world.

How can we facilitate a more effective movement of talent and skills between the sectors? 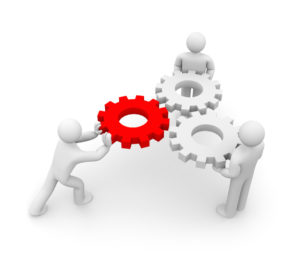 Anyone who has moved into the nonprofit sector from the commercial world has probably suffered it. Its sector shock. Gone is the marketing department, the IT help-desk, and most administration support, never mind the gourmet coffees delivered to the boardroom.

Whilst these take adjustment, they’re occasionally untrue, largely expected, and by far and away the least challenging. The real culture shock is what contributes to frustrating and ineffective governance, costly mis-hires, and an unhealthy level of mistrust between the sectors.

The causes are a combination of the way in which passion, purpose and people-dynamics interplay in the for-purpose world: this special sauce that makes the sector so appealing, confusing, infuriating and satisfying.

Dan Pallotta touched on the answer to the first part of this question in his TED talk. This hit such a nerve that 2.5 million people sat down to watch it, making it the 65th most watched TED talk.

Pallotta eloquently argues that the sector is poorly understood. As a result dangerously flawed conceptions of what constitutes good organisational management are rife. Pallotta doesn’t say who misunderstands the sector, but his stories tell a tale of funders, the public and business sponsors as key holders of these unhelpful perspectives.

The problem is that these are the sources of many a for-purpose’s board members, and are the views of the tsunami of high quality executives pouring out of the commercial sector in search of a career with more meaning and purpose.

As Pallotta alludes to, this isn’t malignant stubbornness on anyone’s part. It’s a potent combination of ignorance, assumption and cultural history, and its influences’ shape the way the for-purpose world goes about the very important business of solving our social and ecological problems.

If Pallotta’s message speaks to the downsides of distance between the sectors, the concepts of ‘shared value’, allude to the upsides.

In a recent Summit at which business thinker extraordinaire Michael Potter spoke, he argued in support of the opportunities that the mechanisms of capitalism offer for helping to solve certain social ills. Whilst many will disagree with Potter’s perspective, there is no denying that for-purpose organisations are increasingly taking advantage of commercially informed, business perspectives.

Social enterprises now number around 20,000 in Australia, and the first social impact bond – a financial instrument to enable Not for Profits to access debt funding – was completely over-subscribed.

These are at the fringes, but in the mainstream, things aren’t so different. Contrary to popular perception the sector already does a lot of income generation itself – a full 50% according to the January 2010 Productivity Commission report.

Which all means that, as for-purpose organisations, we would be foolish not to encourage and support the cross-fertilisation of a diverse range of skills and experience from across sectors at the operational, management and board level.

But we also can’t afford to have this talent coming into our sector thinking they’ve got all the answers or not understand our complexities. The costs of a failed appointment are too high (around three and half times salary according to a June 2013 BRW article) and that’s for a commercial organisation.

In for-purpose organisations where hiring is often undertaken by CEO’s and Board members the opportunity costs and energy drain, never mind the risks to reputation and relationships, are harder to measure, but no less significant.

So how to bridge the gap between the challenges of finding good talent for top jobs, the potential value in looking beyond our own backyard, and the dangers of hiring from these quarters?

In working with CEOs, boards and transitioning executives we have picked up some key themes.

We think there are at least five critical factors which contribute to the success of commercial executives engaging in the for-purpose sector:

For CEOs and chairs of boards of resource-conscious for-purpose organisations where senior executives are one of your most valuable assets, invest in the selection and support diligently. Think hard about what you need, be prepared to look outside the box, and if necessary bring in extra support so you get a good outcome, first time around.

Interview with Sarit Vandegraaff – How to lead high value-creating teams

My experience of Leaders by the Fireside: Interview with Jess Wilson, CEO, Good Things Foundation

My experience of Leaders by the Fireside: Interview with Suzie Riddell, CEO, SVA